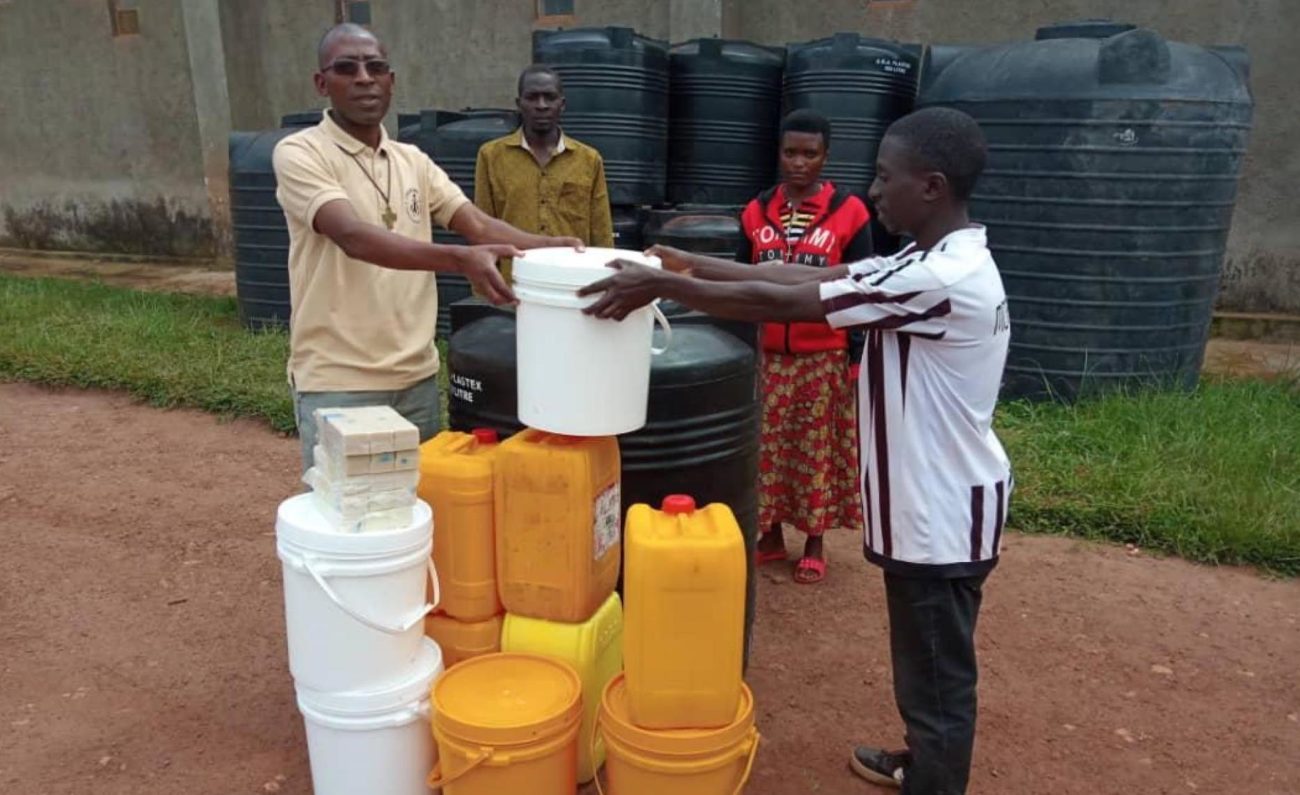 The hand-washing stations were placed in eight churches, 15 schools and the Don Bosco Oratory, impacting 65,000 people.

NEW ROCHELLE, NY (June 8, 2020) The Salesian Parish in Rukago, Burundi, has access to hand-washing stations thanks to funding from Salesian Missions, the U.S. development arm of the Salesians of Don Bosco. This project, which benefited 65,000 people in the parish and local community, provided hand-washing stations in eight churches, 15 schools and the Don Bosco Oratory.

“Installing hand-washing stations in front of churches, offices, schools and playgrounds is an effective means of fighting the coronavirus pandemic while giving the local population the hope of living,” said Father Raphaël Katanga, economer of the Salesian Community in Rukago. “With the funding, we have also supported some vulnerable families from a local indigenous group, who were at risk of facing food shortage due to the limited circulation of goods and people.”

Salesian missionaries in Rukago operate a parish, schools, a youth center and an orphanage. In November 2019 Salesian missionaries inaugurated a new building for the Maison Cana orphanage. The orphanage is managed by the Daughters of Mary – Our Lady of Cana and was founded in 1994 by Salesian Father Vital Minani, who today is the vicar of the Mary Mother of God house in Rukago. The building is a large two-story structure. The work began in 2012 with the ground floor and continued in various stages based on the availability of funds from various benefactors, mainly from the Salesian Congregation.

“The Maison Cana orphanage is a place of hope and safety for youth in the area who have lost their parents and have nowhere else to turn,” said Father Gus Baek, director of Salesian Missions. “These children, especially now in the face of a global pandemic, have a safe place to live and their basic needs met while being able to focus on their education.”

Burundi, located in the heart of the African Great Lakes region, has seen more than a decade of violence and conflict which has contributed to widespread poverty, according to UNICEF. Burundi ranks 185 out of 189 countries on the 2019 UN Human Development Index and close to 70 percent of its residents live below the poverty line.