Nepal is still rebuilding after devastating earthquakes destroyed cities and left more than 500,000 people displaced and homeless. A 7.8 earthquake struck Nepal on April 25, 2015, and a second struck on May 12 that year. More than 8,000 died and close to 20,000 were injured as a result of the earthquakes and their aftermath. Forty of Nepal’s 75 districts were affected, 16 of them severely, with homes, schools, buildings, cattle, fields ready for harvest and other property destroyed.

Even before the earthquakes, Nepal struggled with a poverty rate of 28.5 percent with the rate jumping to 50 percent for those living in remote parts of the country where farming is almost impossible.

Because Salesian missionaries are living in the communities in which they work, they are perfectly positioned to respond in times of crisis, and that’s exactly what they did in Nepal. Although their own homes and buildings were affected, Salesian missionaries worked to dig through ruble looking for survivors and providing food and water to those who had lost everything.

Less than two weeks after the earthquakes, Nepal Don Bosco Society, a Salesian non-governmental organization, distributed more than 100 tons of relief materials including 60 tons of food and tarpaulins for temporary shelter to more than 30,000 people in 19 villages.

Salesian relief teams traveled to places where little aid initially arrived in order to serve those most in need. They extended their relief work to new areas including the local municipality of Kamalamai Nagarpalika in the Sindhuli district that was hit hard by the earthquake. One relief team went into Khimti, a village in the Ramechhap district where there were 1,200 households and more than 1,400 adults and 1,500 children in need. Nearly 90 percent of the homes in this village collapsed and the other 10 percent were partially damaged. In these villages, volunteers distributed food, clean water, oil and materials for shelter, among other necessities.

Months after the earthquake, Salesian missionaries continued reconstruction and relief efforts, especially in the Kathmandu Valley where Salesian missionaries operate two programs. Don Bosco Thecho is a technical school located in the Kathmandu suburb of Lubhu and Don Bosco Siddhipur, located in the Lalitpur district, offers both a primary and secondary school.

Salesian missionaries also developed an orientation program for teachers to aid them in assisting students who have dealt with trauma related to the earthquakes. Missionaries worked directly with students to connect them to therapy services and offer financial assistance to those who lack mid-day meals, textbooks, uniforms and other school necessities.

Finally, Salesian missionaries worked with 40 volunteers from Teach for Nepal, an organization of university graduates and young professionals who are committed to end education inequity in Nepal. Together they helped prepare students affected by the earthquake for their public examinations given by the Nepalese government after grade 10. The exams determine admission to higher secondary school. In addition to the immediate aid and assistance provided, Salesian missionaries set out with long-term planning and rebuilding. Missionaries have been building temporary schools and addressing needs for long-term training.

The United Nations noted that more than 1,300 schools were destroyed during the earthquakes. Salesian missionaries are utilizing the skills of the newly trained students from Don Bosco Thecho to assist in the rebuilding of schools with a goal of reconstructing at least 40 schools. To date, more than 21 temporary learning centers have been completed. The temporary learning centers are of such high quality they may serve as permanent school buildings.

Salesian missionaries have also rebuilt and equipped 10 rural schools. Children and youth from Sankhu, within the district of Lalitpur, are now able to return to school. The Shree Saraswoti Center has been rebuilt and equipped with everything necessary to provide children an education. In addition, new bathrooms have been installed. The school will also have a kindergarten so that even the youngest children in Sankhu can access a quality education.

About one in four people live in poverty in Nepal, with those living in rural areas facing worse poverty. Close to 80 percent of the country’s population lives in rural areas and relies on farming to make a living. Most of these households have little to no access to health care, education, safe drinking water, sanitation or other basic services.

The Salesian-run Don Bosco Technical Institute in Kathmandu empowers rural and disadvantaged youth with its “Learn, Earn and Pay” educational program. The program is structured for boys and girls from all over Nepal who cannot afford normal job training courses. The program is initially free and students are able to choose a six-month course in a subject of their choice. The cost of the course will be repaid by students once they find work. In this way, students contribute back to the program, which then pays for free courses for other students in need.

Don Bosco Technical Institute started its technical and vocational training in November 2011. Today students are able to take coursework and gain certification in a number of highly needed trades including computer application, computer graphics and hardware, accounting, mobile repair and many others. Most of the trades offered are for a shorter duration and in modules of basics, intermediate and advanced courses.

In 2017, Salesian missionaries launched the Don Bosco Institute, a new technical training center, in Biratnagar. The training center offers three-month courses in hotel management and in trades for electricians, plumbers and welders. The aim is to provide education and skills training to poor youth in Nepal in trades where they can easily access work.

After completion of the three-month course, students are able to access on the job training for one month. The goal is to help students take the information learned in the classroom and apply it in a real working environment. This will also help students make an easy transition from the training institute into the workforce. After successful completion of the training, graduates are then assigned a job from their respective trades. Admission to the school is open all year and provides a fee structure that allows even the poorest students to be able to attend.

Salesian missionaries have continued to respond to long-term reconstruction and educational needs after two earthquakes in 2015 caused massive destruction in Nepal. To date, 10 new schools have been built and equipped in small villages in the Kathmandu valley. Salesian programs are also helping to supply school materials and train teachers in order to offer children quality education.

In order to address the shortfall in qualified people to help in the aftermath of disasters, as well as address long-term education and employment needs of youth in the region, Salesian missionaries created the “Forming Future Helpers” program. The program created training modules at four Don Bosco Centers in Biratnagar, Chakraghatti, Sirsia and Thecho. Twenty-three boys across the four Don Bosco centers are receiving training in a range of subjects.

The boys attending the program go to their regular school and colleges and also receive intensive training on intellectual, spiritual and social subjects to help them cope with their extra responsibilities in addition to their daily studying. They are also given motivational sessions, and spiritual and moral guidance.

Because the boys are from local villages, they do not have much background in spoken and written English language so part of their education is learning these skills. The boys also learn management skills related to time and punctuality, self-esteem building, and the importance of spirituality and prayer. NEPAL: Salesian Missions donors fund distribution of 1,500 copies of new book on the history of the Catholic Church in Nepal

The new book “The Cross on the Roof” by Father George Thirumalachalil will encourage youth to focus on their spiritual growth. NEW ROCHELLE, NY (Oct. 23, 2020) There is a new book out about the Catholic Church’s history in N Educational initiatives in Ghana, India, Kenya and Nepal illustrate the work of Salesians around the globe that highlights this year’s theme of teachers leading during a crisis.   NEW ROCHELLE, NY (Oct. 5, 2020) Salesian Missio INTERNATIONAL LITERACY DAY: Salesian Missions highlights literacy and educational initiatives for poor and at-risk youth in the face of pandemic

Programs in India, Nepal, Nicaragua and Samoa illustrate the work of Salesians around the globe who are focused on providing education during the COVID-19 crisis and beyond.    NEW ROCHELLE, NY (Sept. 8, 2020) Salesia What happens when COVID-19 closures and restrictions threaten educational continuity for students in Nepal? Our Salesian missionaries step up with creative solutions—just as they did in 2015, when a catastrophic earthquake destr

Programs in Ethiopia, India, Nepal and Syria illustrate the work of Salesians around the globe that support this year’s theme, which is focused on women humanitarians.   NEW ROCHELLE, NY (Aug. 19, 2019) Salesian Missions, the U

Programs in Ethiopia, India, Nepal and Syria illustrate the work of Salesians around the globe that support this year’s theme, which is focused on women humanitarians.   NEW ROCHELLE, NY (Aug. 19, 2019) Salesian Missions, the U

INTERNATIONAL YOUTH DAY: Salesian Missions highlights technical and vocational training programs that enable youth to find employment and have hope for the future

Programs in Morocco, Nepal, Philippines and Tanzania illustrate the work of Salesians around the globe that support this year’s theme, which is focused on transforming education.   NEW ROCHELLE, NY (Aug. 12, 2019) Salesian Miss

NEPAL: Nepal Don Bosco Society is educating 23 boys as “Future Helpers” to aid in the response after disasters

Boys from four Don Bosco centers are receiving training in a range of subjects including in  building and construction to gain the skills needed to assist in reconstruction efforts. NEW ROCHELLE, NY (May 8, 2019) Salesian mission 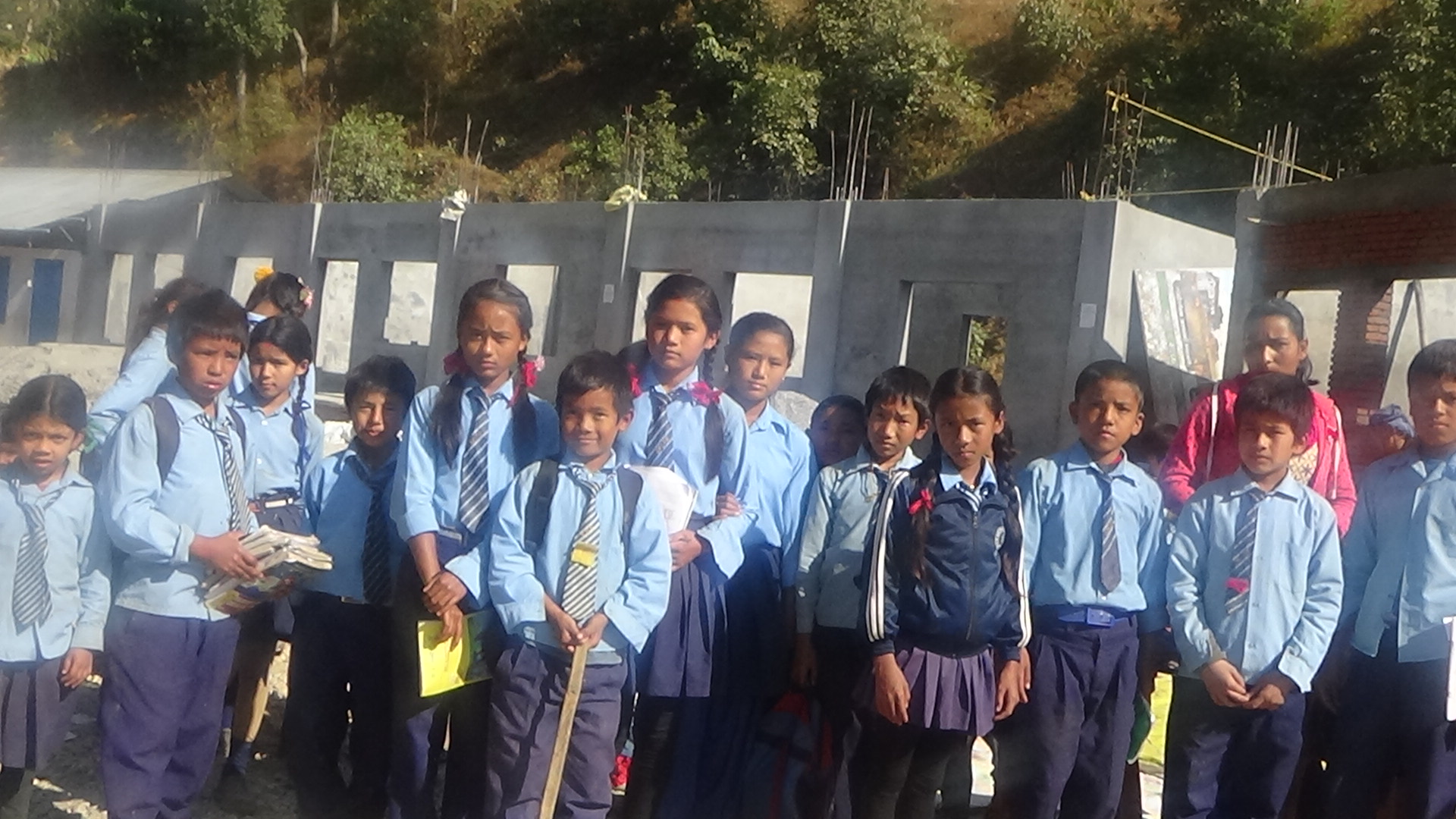 Immediately following the earthquake, an emergency fund was launched to assist Salesian missionaries in Nepal. To date, 10 schools have been built and equipped in small villages in the Kathmandu valley. NEW ROCHELLE, NY (Dec. 12, Nepal: The Race Against Monsoon Season

In Nepal -- where monsoon season looms large over the destruction and havoc already wreaked by two devastating earthquakes -- Salesian missionaries are transitioning into phase two of their disaster response efforts: medium-t